While celebrating his last single, Pelinegra, the artist and producer of urban music mega hits, Symon Dice, emerges with «Mami,» the first single from his anticipated EP; with RichMusic titled «La Liga.» The track is a reunion with LATENIGHTJIGGY but also features labelmate Thyago and Gigolo y La Exce. 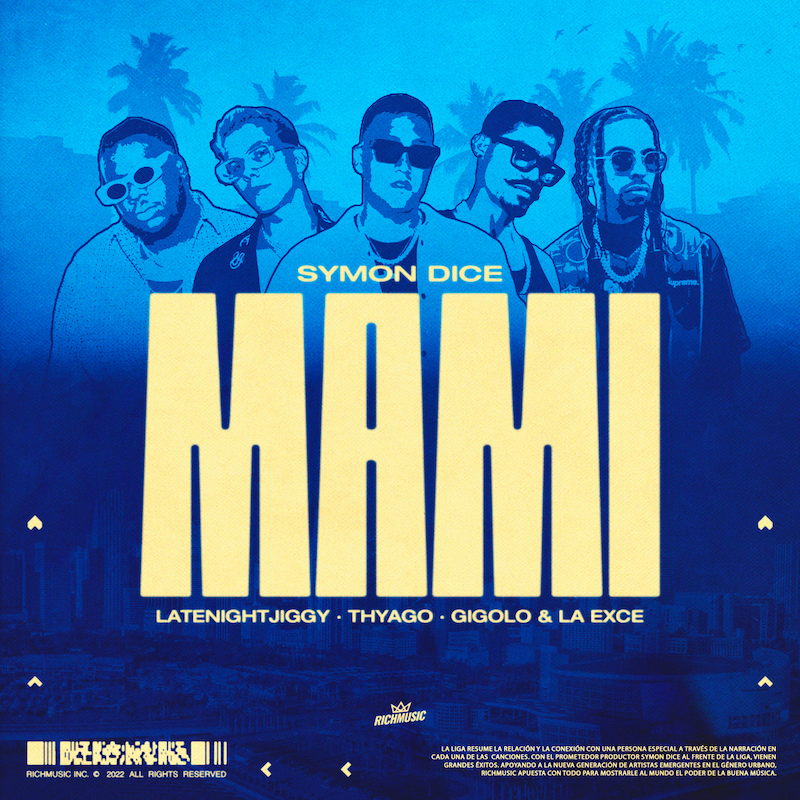 The fans personally selected the catchy track, creating a connection to «Mami» from the beginning. Fusing the beats and talents from LATENIGHTJIGGY, Thyago, and Gigolo y La Exce, this single features a flirtatious vibe and street slang lyrics that tell the story about a woman being too pretty to be at home, not partying, and having a good time.

«Mami» brings back Symon Dice’s dancefloor-ready reggaeton with a jolt of uncontainable energy and spirit. Throughout the single, the artists trade off fun verses, making it clear that they not only can make a strong song but also transform it into a club-ready hit.

«I’ve created so much dope music for everyone else, but now it’s time to put out music for myself. «La Liga» brings together great talent, collaborating to create hot music, and that is what I love to do. It is what I am great at doing, so «Mami» was the perfect track to kick off this project,» says Symon Dice.

Symon Dice has kept busy in 2022 by introducing fans to his music like «Mírate Bien» with Ryan Castro and Justin Quiles; «Qué Te Pasó (Remix)» with Dalex and DEEIKEL and featuring LuMiix and Joelsa; «Pelinegra» with Kaleb Di Masi and LATENIGHTJIGGY and featuring Franco «El Gorilla.» Simultaneously, he has kept working on other exciting projects, including «hembrismo,» RichMusic’s first female EP led by the label’s first female artist, paopao, producing hit tracks on «Journey,» a unique double-sided EP by his RichMusic labelmate Thyago, and other singles like «Q’Hubo Bebe» by Ryan Castro.

Symon Dice has performed in live shows, remained visible on all social media platforms, gone on media press tours in his home country, Colombia, and more. He is ready to showcase his artistry through «La Liga,» and «Mami» is only a taste of what will come in the next few weeks.

«RichMusic and I have been talking about creating this EP for some time. This track marks an exciting new chapter in my career and introduces «La Liga» and more of myself to my fans,» says Symon Dice.